Yep! We are still in that season.. almost all the way through March until we get to Easter Sunday on the 27th. This is an interesting time of year for my husband and I. We met on the day before Easter in 2001 and got married on the day before Easter in 2002.. we actually picked that day because of the significance of Easter in our relationship.. and of course there is our last name which is Feaster! So this season is a big one for us. We celebrate our anniversary soon at the end of March and the date we met which falls in the middle of April. I try to pay attention to what God is doing since He really got my attention almost 15 years ago when we met. It was a huge change for me to get married again after being widowed and having two bad marriages. The good new is that Steve is the love of my life and we have a really good relationship that continues to grow and thrive.

We’ve been though many trials together starting when we got married and both lost our jobs. It has been a pretty wild ride so far with lots of change and losses. So here we are many grandchildren later.. between us we have 13. Most of them were born during the last 15 years. God did something great when he brought us together, not just for us but for everyone in our families. It has been amazing and I am so thankful. Just a little background for you and some great reminders for me!

So what does God want for Lent? I don’t see this season so much as a time to give up things as a time to give things to God. What I mean is ” what is God after?” That is the question that I keep asking myself and Him. I got the answer this morning after reading the story of Moses not being able to enter the promised land. I have always wondered why that happened.. what did he do that kept him from entering after 40 years in the wilderness. Well.. it was actually pretty simple. He did not obey God.  God told him to speak to the rock to bring out water and he struck the rock. But there is more.. he struck the rock in anger and frustration. He was angry with God’s people and he took out his frustration by hitting the rock and acting like he was making water appear.  Not only did he decide to handle things in his own way, he made himself the center of things. God told him what to do and after leading Moses for all those years.. I imagine He thought Moses would do it.. that Moses trusted Him enough to speak to that rock calmly.. to show the people that God was providing what they needed.. but he failed and he did not enter the promised land.

Wow! That story totally struck a nerve.. I saw myself all over the place. My own anger and frustration with God’s people, my own desire to control things instead of letting go and doing it His way.  Then I discovered what God wanted from me during this season. He made it really simple so I would not forget.. He wants my doubts, fears, and unbelief. These are the things that are under the surface of the anger and frustration. He wants me to trust Him so i can enter the promised land and not just see it from a distance. I am so grateful that He revealed this to me right now.. there is almost a month until Easter.  It gives me time to show Him that I am  listening to Him. A revelation of this type needs to be followed by acts of obedience that show God that I am taking this seriously. I won’t go into detail but there are things that need to change in my behavior and decisions and attitudes.

So as you seek Him during this season, don’t be afraid to see yourself as you truly are.. He is showing us things so that He can breathe new life into us.. Let’s agree to give Him what He desires for Lent.. Easter is coming soon! 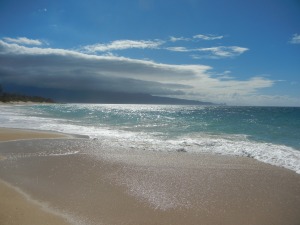 4 thoughts on “So what does God really want for Lent?”

Letting go of everything and everyone